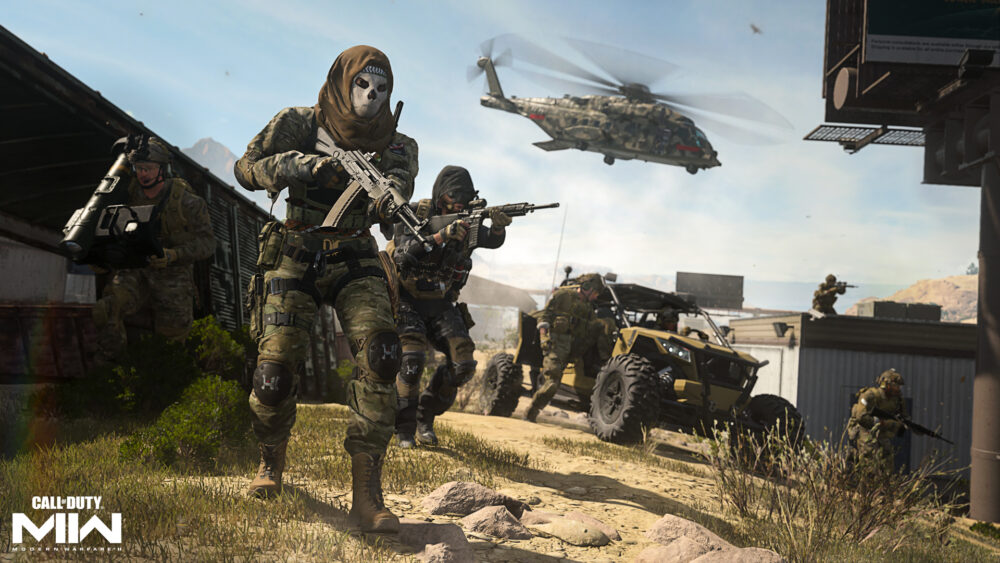 Call of Duty Warzone came to us when battle royale games were starting to become popular, and it came to stay due to all the popularity it gained when it was first released. More people were playing Warzone with each update, but when a game is as successful as the original Warzone, it’s often tough to develop a sequel that is as good as the original game.

Naturally, fans’ expectations are high, and they expect Infinity Ward to develop a game that has everything they love about the original Warzone and adds innovative features to the franchise. After a long wait, Call of Duty Warzone 2.0 is closer than ever, so learn as much as you can about it before it goes out.

Although Infinity Ward hasn’t told fans all there is to know about this new game, it has revealed a lot of information that has only increased the fans’ hype. Do you want to know more about Call of Duty Warzone 2? This is the page for you.

Since Call of Duty Modern Warfare II was developed at the same time as the new Call of Duty Warzone, you can expect both games to have many things in common. Here, you will learn everything we know so far about the game and what to look forward to this game.

Get Ready to Explore Al Mazrah! Everything We Know About the New Map in Call of Duty Warzone 2

Call of Duty Warzone 2 is not just an update from the first game but rather a whole new game, and we couldn’t expect less than a brand-new map for players to explore. The name of this new map is Al Mazrah, and it’s located in Western Asia.

Al Mazrah is a fictional region Warzone’s developers crafted from scratch, and there, you can find small towns, big cities, rivers, lakes, and a desert. If you were to compare Al Mazrah to another COD map, you could say it’s similar to Quarry, Terminal, and High Rise.

It’s only natural that Warzone’s new map is similar to some others in the original Modern Warfare 2 since Verdansk was in the same storyline we got to know in the first Modern Warfare Call of Duty game.

The development of the Warzone series was always close to the one of Modern Warfare, so we may get to see these two new editions sharing some other features.

Al Mazrah also offers a diverse geography with new equipment, AI enemies, industrial areas, and a new gulag for you to enjoy. Now, you don’t have a single safe zone, and that, along with all the other changes, makes the Warzone experience different from before.

Subterranean spaces are also present in this game, so don’t worry about each match experience being the same as the other. You can always choose a different path to explore or loot, so learning everything you need to know about this new map will take you countless hours of fun.

Modern Warfare II and Warzone 2 – What Does Infinity Ward Have to Offer?

As you may know, Infinity Ward developed both Warzone 2 and Modern Warfare II, so it merged many of the features both games offer to make the gameplay experiences more dynamic and help players buying them get familiar with them.

One of the features you can find in both games is the overhauled Gunsmith system. Remember how you had to spend a lot of time unlocking attachments on different weapons even if it was the same attachment for all of them? Although that made your game experience longer, it wasn’t something players loved.

The new overhauled Gunsmith system lets you forget all that since unlocking an attachment on the same platform between two games will unlock that attachment on any weapon you want, even if it’s a new weapon.

It’s also worth noting Infinity Ward wasn’t the only developer of this game since, although Infinity Ward started the development, it then handed all creative control to Raven Software. Therefore, don’t worry about Modern Warfare II and Call of Duty Warzone 2 being too similar to each other.

Is the Gameplay Staying the Same?

The short answer is no; Call of Duty Warzone 2 brings many changes to the Warzone series. However, this doesn’t mean you will miss the things you already love about the first Call of Duty Warzone, so you can see all the new changes as an improvement of what we had before. Hence, rest assured the game is staying a battle royale game.

Apart from the new Gunsmith system, we will get to know the new multiple circles gameplay feature. As it happens in most Battle Royale games, there is a circle or “zone” that starts closing as each match progresses for the remaining players to get closer to each other and end the match.

Call of Duty Warzone 2 keeps that, but the new map includes multiple circles that appear in different zones of Al Mazrah. Those circles then merge on the same big circle we are used to.

Even if you don’t notice it at first glance, this new Call of Duty Warzone 2 is more dynamic and engaging than the previous game. 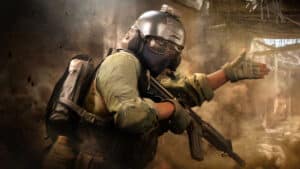 Why does this happen? Well, in the original Call of Duty Warzone, you could have a peaceful early game unless you were on a very common ground loot. Players could even ignore each other if they were far enough to loot without others trying to kill them.

Call of Duty Warzone players love the Gulag since it’s an excellent way to fight other players and go back to the match in case you lost when it was just starting. Nonetheless, leaving the Gulag as it was would have disappointed fans waiting for an innovative change in the gameplay features.

You won’t be alone with your enemy when fighting for your life at the Gulag since the new Al Mazrah map now includes a 2v2 fight in the Gulag where both players will come back if they win.

Since you will play alongside another person to come back, you will have to play as a team and take advantage of different elements in the field if you want to survive. However, you will know more about this when the game’s release date arrives.

The new Gunsmith system we were talking about earlier in this article is one of the most important features coming to this game and Call of Duty Modern Warfare 2 since you will need to get any custom weapons you want from the Gunsmith.

Custom weapons are made in the Gunsmith and then taken to the Al Mazrah map, but they take up weapon slots, so take that into account when planning your game strategy for each match. The main goal of that is that you have to create as many custom weapons as you want for your next match, which leads to each match you play being more meaningful even if you lose.

We recommend you spend all the time you can looking for the best place to loot weapons on this brand-new map.

You can still buy limited equipment, such as gas masks, armor, and killstreaks. Since some items are limited in number, they will be gone from the shop once you buy them.

Vehicles will also be available for Call of Duty Modern Warfare 2 and Warzone 2.0, and you can use them to kill other players, run away from them, or get to your location faster.

The problem with many video games featuring vehicles is that each vehicle does the same, but that’s not something that happens with Warzone. Here, riding a rigid inflatable boat won’t be the same as a motorcycle or a heavy chopper. However, vehicles here won’t work the same as they did in the original Warzone.

Now, vehicles can and will run out of gas, so you will have to go to gas stations to fill them up. Field upgrades will make riding these vehicles a more realistic experience, and things such as shooting at the vehicle tires will show the actual damage that causes. Naturally, some vehicles will have a light tank, and others will require a full loadout.

As you could see, all these new changes work altogether to make the game better and different from its prequel. Nonetheless, you can expect some other changes and gameplay features to appear when the game comes out or with future updates.

What Platforms Can I Use to Play Call of Duty Warzone 2.0?

Fortunately, Call of Duty Modern Warfare 2 and Call of Duty Warzone 2.0 will be available on PS4, PS5, PC, Xbox One, and Xbox Series X/S. Thanks to that, you won’t have to buy a new console other than the one you already have to play this game.

The same happens to PS4 and Xbox One users, who were afraid the game wasn’t going to be available for them due to the new console generation. As for today, there aren’t any differences announced for any of the game versions, so it’s safe to assume all of them are going to be practically the same.

We know you want to play the game as soon as possible, but the game still hasn’t come out. Call of Duty Warzone 2.0 will be available on November 16, but you can already preorder regardless of the platform you will use to play it.

Why should you preorder it? Because preordering will give you access to the Final Judgement Bundle in the original Warzone, the “Bloodthirsty” weapon blueprint, and the “Deathknell” operator skin, so you better preorder the game now if you want all the exclusive benefits that come with it.

What Will Happen to Warzone 1.0 Once Call of Duty Warzone 2.0 Is Out?

Many players are scared the original Call of Duty Warzone will become unavailable once the sequel’s release date gets to us, but that won’t happen since game developers already announced that both games will keep operating in the foreseeable future.

However, the original Warzone is more likely to become unavailable a time after Call of Duty Modern Warfare 2 and Call of Duty Warzone 2 are out. The reason for this is that since both games are online-based releases, it’s not beneficial for the second that a first game with the same gameplay is taking players from it.

Final Thoughts – What to Expect from Call of Duty Warzone 2.0

Thus, we can expect the game to have much more new features, weapons, and changes coming to make the game better and more innovative than the first one. Will it be as good as the first one? You will only know that when you play the game, but it’s safe to have high expectations of the game since it will have everything we love about the previous release.

Many sequels fail to include new features since those new features are not well-implemented or are not a good fit for the game. However, game developers understand what people liked about the original game and created new game mechanics that can coexist with the previous ones without shadowing them or being in their way.

You can see these changes as an upgrade to what we had in the past, so wait for the game to surprise you, and enjoy it as much as you can! 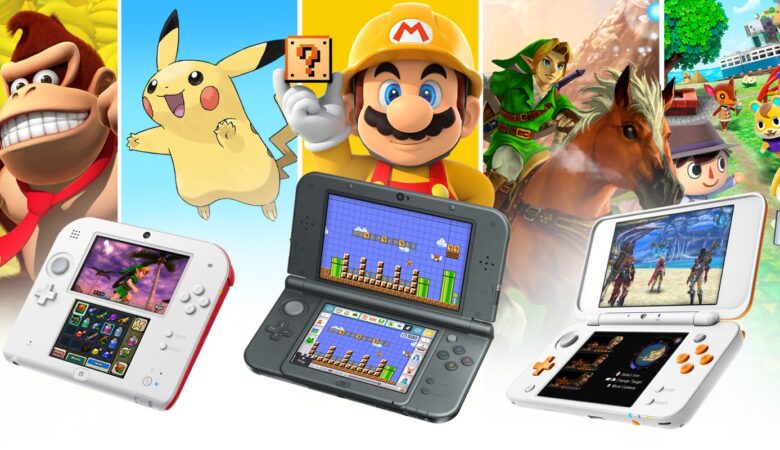