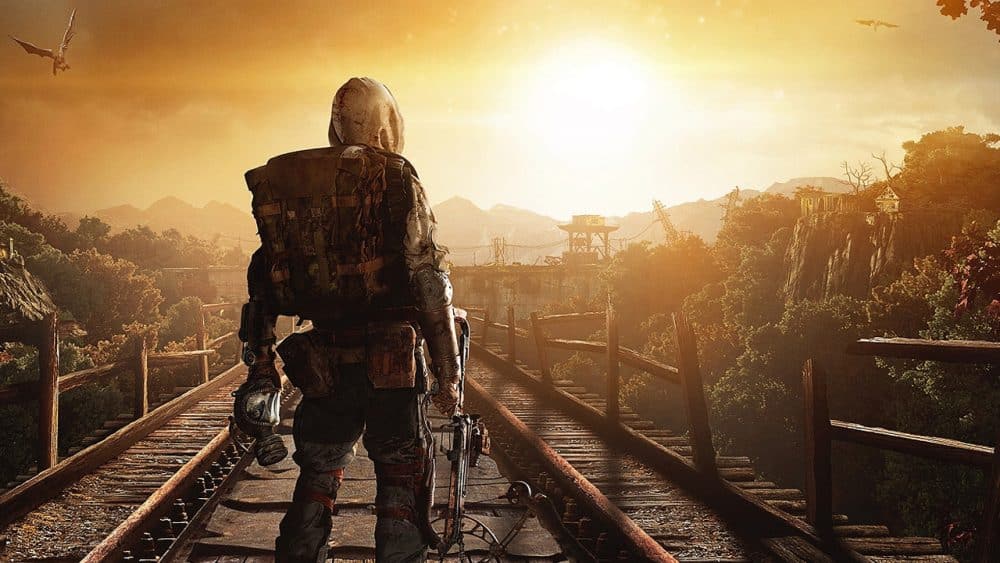 4A Games and Deep Silver developed and released Metro Exodus, an FPS video game. Considering Metro: Last Light and Metro 2033, Exodus is the 3rd game in the Metro video game series, which is inspired by Dmitry Glukhovsky’s books. In 2019, it was launched on PlayStation 4, Xbox One, Microsoft Windows, and Stadia. This year, Linux, as well as the version for macOS, were launched. In 2021, an upgraded edition of the Metro Exodus was launched for Microsoft Windows, whereas on 18th of June 2021, it was made available on PlayStation 5 & Xbox Series X/S.

When talking about its world and its unique experience, Metro Exodus is indeed a true masterpiece. It brings players to different places and introduces some outstanding new gaming elements while still looking fabulous. The PS4 Pro version always had stunning graphics, and so does the PS5 edition, as it puts the game’s most delicate features to the forefront. Whereas most PS5 versions have better frame rates and graphics, Metro Exodus appears to be an entirely new game! Furthermore, owing to some fantastic lighting solutions, the ray tracing process brings the setting to life!

This game features stealth plus survival horror characteristics. One has various handmade and customized weapons, utilizing scavenged materials in the game. As a side note, there are both sandbox settings and linear stages in the Metro Exodus. It has a dynamical weather pattern, a day-night pattern, and the atmosphere that varies as the storyline advances with seasons as well. It covers a period of an entire in-game year.

It takes place in 2035, a year after the incidents of Metro: Last Light, on a planet that has been destroyed by a war. Metro Exodus is a sci-fi adventure game developed by SCEA and published by Sony Computer Entertainment. The narrative follows from the last part of Metro: Last Light, which is included in the game. Just like the last two chapters, the player plays the role of Artyom, who escapes the Moscow Metro and heads out on a continent-spanning adventure with his friends to the eastern reaches of the world aboard a train dubbed “Aurora.” The tale’s action happens at the end of one year, commencing with a brutal nuclear winter throughout the Metropolis. Anna – who is currently Artyom’s spouse- is another important character who has returned from the novel Metro 2035 and the last game. Miller, Anna’s dad and the Spartan Orders’ head, makes a comeback from earlier games and books.

If you’re not up to speed on the series, Metro Exodus takes place after the events of the previous two games and takes place in a post-apocalyptic world ravaged by nuclear war. You play the character of Artyom, the series’ long-running protagonist, as he leaves Moscow after discovering a revelation that alters everything he’s ever known about the war, as well as the Metro state.

Shortly after that, he enlists the help of the Spartan Rangers, a famous group of characters from past games, who accompany him on a train named the Aurora east, which is on its way to find new life and happiness. The speed is drastically different from previous games, which mainly were one-dimensional. You’ll be exposed to massive open world-like hubs, and the game will put you through your paces as it throws hefty survival difficulties at you, along with horror elements and a brutal nuclear winter environment to contend with, all at the same time.

Smooth gameplay helps make the game a lot smoother to play, and you’ll have a greater chance to survive in the devastated world. That’s when a videogame walkthrough comes in handy!

Here are some tips to get you started:

Besides these tips, numerous guides provide hints, cheats, and a walkthrough of the game. One of the most famous guides is the Metro Exodus walkthrough guide, an encyclopedia of information on the post-apocalyptic shooter game. First and foremost, you will discover a comprehensive overview of all narrative tasks in this guide. There you’ll find a detailed tutorial, a description of all possible side missions, and a complete list of accomplishments. The Metro Exodus guide helps you unlock all of the game’s mysteries. You’ll discover helpful hints, tips, and facts to assist you in learning the game’s main rules.

The walkthrough, which is chock-full of high-resolution pictures, is an essential component of this guide. It will assist you in completing all places, winning crucial battles, and completing stealth portions.

Accurate lighting is now available in indoor environments. Accurate lighting implies that the rooms are completely dark, and incoming light generally reflects off of objects & walls as it does in real life. This increases the game’s terror factor since creeping down hallways and simply wandering about in the dark is now much more severe than ever. It also provides a more realistic environment since the gameplay depends on fires, candles, or your flashlight to get through these dark areas.

The brilliant neon mushrooms scattered throughout the game, and the great day/night cycle constantly altering the environment around you, all utilize HDR to put the lighting pipeline to life. The world, as well as its places, have never seemed to be more authentic or beautiful!

Together with the PS5’s 60FPS at 4K, this is a dream come true. It’s hard to imagine how a game with this much detail can operate at such a high frame rate and quality. It improves the experience by making gunfights seem smoother and allowing for more extraordinary moment-to-moment gaming. Exodus has 4K resolution and a super smooth 60 frames each second frame rate and 3D audio with ray tracing, all of which are great additions. The performance improvement is noticeable, and it resembles Remedy’s Control, another significantly enhanced PS5 update, in many respects.

The movement mechanism in Metro Exodus is very rigid. This gives it a more realistic sense since the figure that goes left and right gradually has a particular weight.

Metro Exodus isn’t your typical post-apocalyptic experience. Following the events of Metro 2033 with Metro: Last Light, Metro Exodus is a significant stride forward in the franchise, having improved on virtually everything that made the series so famous, as well as perfecting everything new it does.

Its Dual Sense features throughout this upgraded edition are also excellent. Guns have adaptive trigger functionality, which allows you to pull the trigger as if it were an actual firearm trigger. There’s also the pumping motion for particular gear!

The game’s most vital asset is the way the environment is presented, which lends a considerable passion to the overall story that propels the experience. Some of the most proper HDR implementations are used in the game, such as gloomy tunnels that provide a frightening journey with brilliant green mushrooms brightening up the road ahead. Everything seems to be beautiful, yet one still feels alone and frightened.

Metro Exodus is among the most fascinating worlds ever seen in a video game.  The shift from mission-based parts to an open-world center is exactly what the series intended. After a short introduction, the game features the Volga River and the ability to explore a massive nuclear bunker, a scorching hot desert wasteland, and much more. Metro Exodus is one of the most nuanced interpretations of the entire “end of the world” situation you may have ever seen, thanks to the locales, their beautiful but frightening surroundings, and the capacity to bring everything to life in many creative ways! 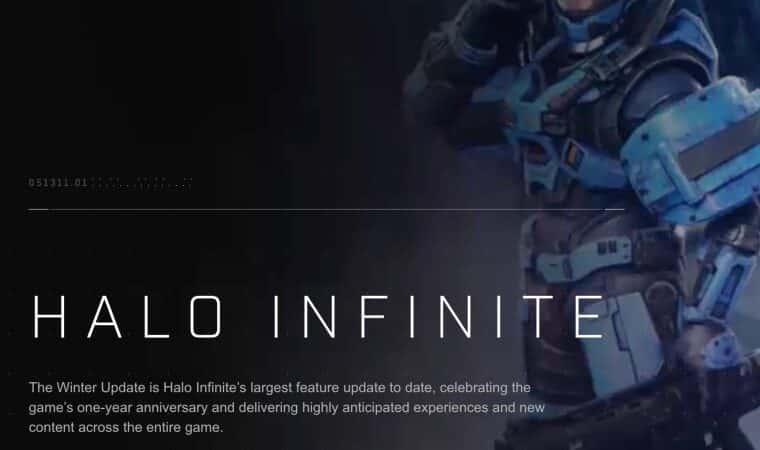 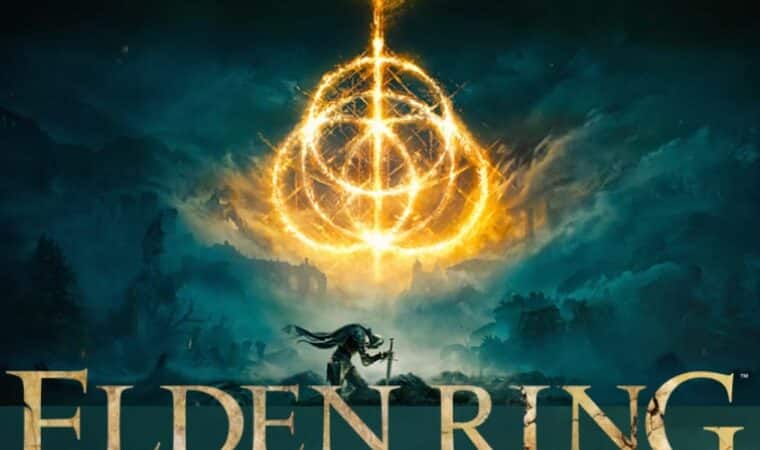